Call Us: 1300 726 666 - Mail: info@medirent.com.au
Blog
For medical professionals who want to stay abreast of what is happening in the medical equipment industry

This month is Lipoedema Awareness Month and the ladies at the Lipoedema Australia Support Society have taken part in a daring photo shoot to spread awareness of this debilitating and misunderstood condition.

Lipoedema is an adipose tissue disorder that affects women more than men. It is often misdiagnosed and mismanaged as either lymphoedema or simple obesity. Restrictive diets have very little effect on lipoedemic fat. Although researchers have not identified the gene invovled, lipoedema appears to be a hereditary condition.  It is affected by fluctuating hormones and symptoms increase in severity during puberty, pregnancy and menopause. Disease onset usually occurs at puberty but is often not identified. As lipoedema is not often diagnosed until later stages, co-morbidities and psychological issues are also prevalent. These may be chronic venous and lymphatic insufficiency, early degenerative articular disease, obesity and depression.

Symptoms of lipoedema vary and may include:

Cassie and Carla from the Lipoedema Australia Support Society were interviewed on Channel 10’s The Project this week sharing their experiences.

To find out more and if you need support contact the Society here.

Sequential intermittent pneumatic compression can be found to be useful for people with lipoedema. Find out more about the LX9 product here.

Some posts in this blog comprise short summaries of research papers published in scientific journals and link to complete copies of those journals. The summary is not intended to be comprehensive but be used as a guide only. Notwithstanding best endeavours, Medi-Rent cannot and does not warrant that the summary is comprehensive or accurate. 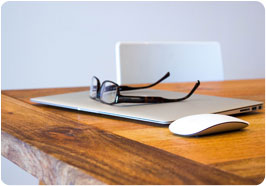 Stay up to date by subscribing to our news alerts. Subscribe

At Medi-Rent we are here to help

Call our customer service team today to discuss your needs.
Order
Copyright © Medi-Rent
Back to Top